Since most of you may already have seen around, the Gémeos, Blu and SAM3 facades are over and this is the right time to get them back. I’m bringing the final pics from what can be found for anyone who visits the street, but in addition I’m also providing the info behind this project. CRONO is the name, and has just kicked of with some of the biggest names in the street art world. It was a wonderful experience to have met all these artists and this was just the beginning, so jump inside to know all about it.

When ideas start to take form

This initiative is born from a challenge brought by Pedro Soares Neves (urban designer), Alexandre Farto aka Vhils (artist) and Angelo Milano (FAME Festival creator) to national and international Urban Artists in the graffiti panorama, street art e other expressive forms that exist in the collective space.

‘Crono’ is born from a commitment with Urban Art based on the premise that we are all so ephemeral as all our creations – a way of thinking about Time and enhancing a new dimension of the city: the city as a living organism that is built and created in a spontaneous, natural and free way. It’s in this dynamic/spirit of appropriation of spaces of Lisbon, in four stages that correspond to the four seasons, that will be developed paintings of urban impact and different urban environments in the capital over Time.

In order to establish an urban artistic itinerary in Lisbon in four periods of the year, a selection from internationally renowned artists are invited to develop joint interventions with Portuguese artists and local communities in a process of ‘urban curator’ process, which has the support of the City Hall to provide spaces in the city for this purpose.

What happened during the past week 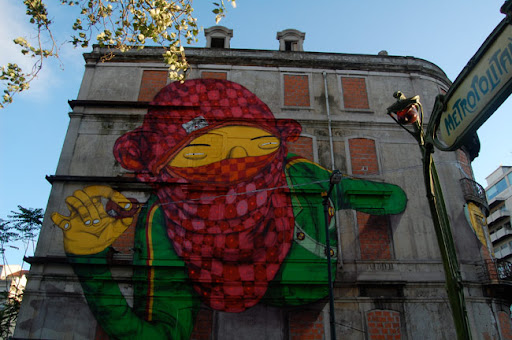 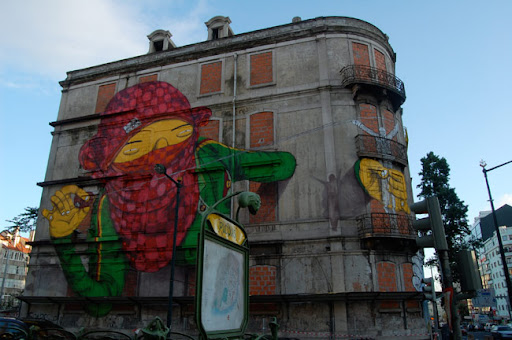 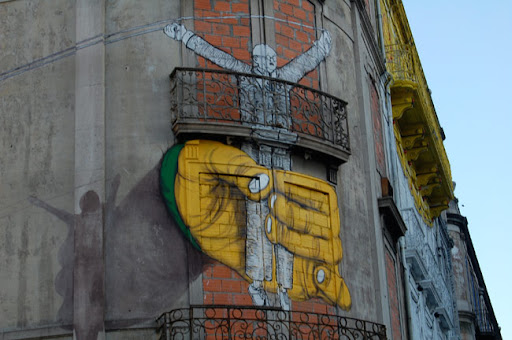 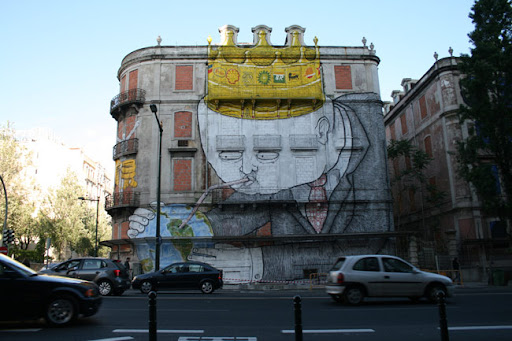 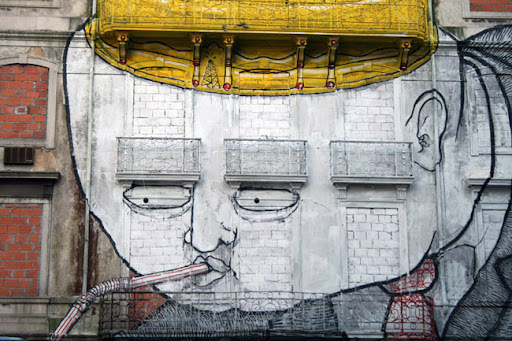 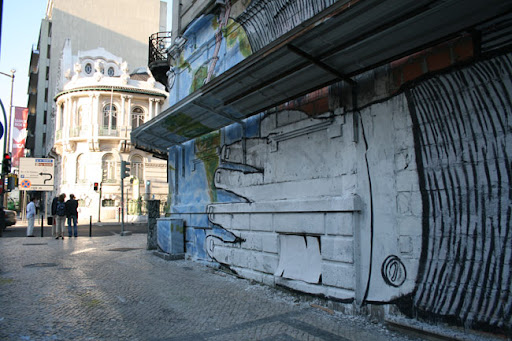 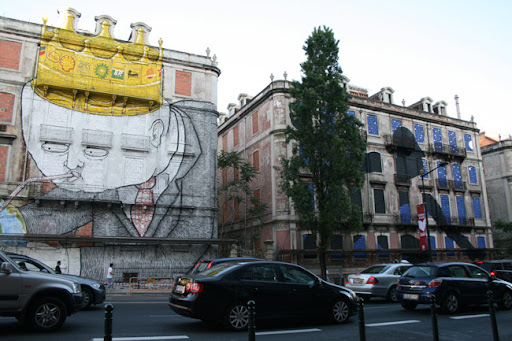 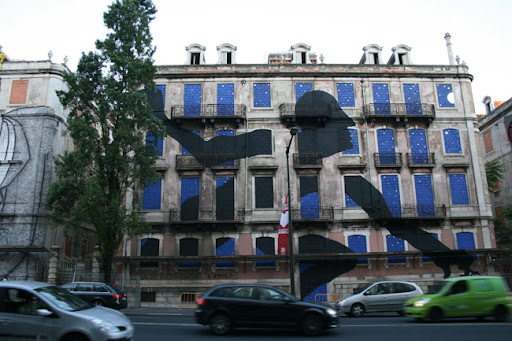 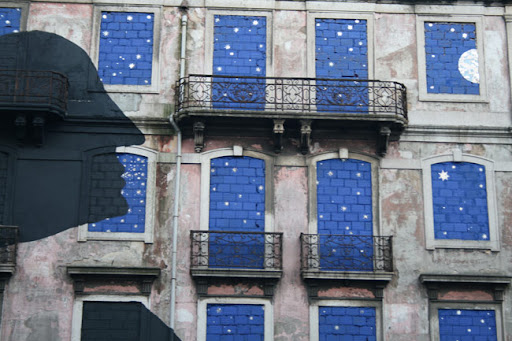 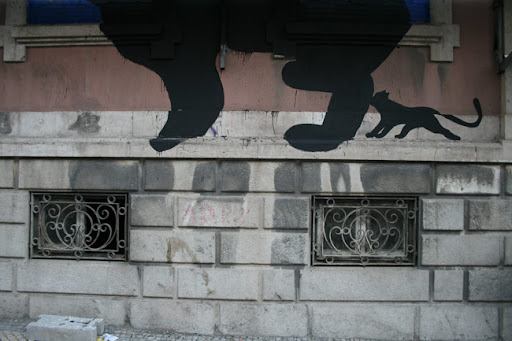 See CRONO in a bigger map

For more info, visit the official webpage for the CRONO project.

Oh the irony. Just before the year end, I showed you this piece of a tile showing up in Porto, which was completely destroyed…