A car park in Cais do Sodré, Lisboa has just suffered a little modification during the night. Yesterday morning, a car park official gave notice that all the spots were marked for handicap people, making it a handicap exclusive park. Confused, she called EMEL to confirm if these had been done by them… 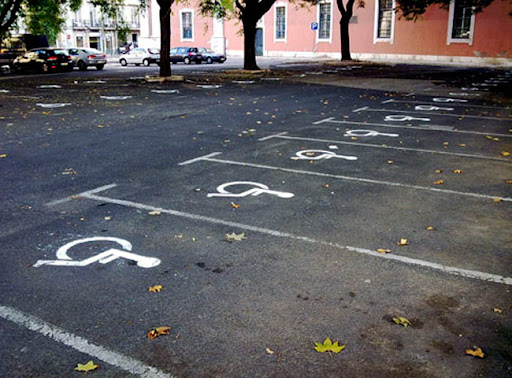 Since these news are from an article of Jornal de Negócios, you can read the source article in full here (Portuguese only).

And since it’s on national newspaper, you’re bound to get lot’s of comments. Some of those were actually funny, while others could very well be on point. I know the car park in question quite well, but I got to be honest when I say I don’t remember if there was one handicap spot there. One of the comments pointed to the fact to the lack of awareness to this matter, where maybe the car park itself didn’t had one spot at all. Whatever it was, and whoever did it, made a great argument. This is once again my definition of street art. I take my hat to that!

Loures Public Art is an initiative of the Municipality of Loures that aims to promote and disseminate public art, focusing on urban art. This year,…